The Afro-Latino Festival in Bree is a tropical music festival. Since 1999 the festival provides you with a selection of the best artists of Africa, Latin America, the Caribbean and Southern Europe. Besides a lot of live music you can enjoy tropical dance, atmosphere and culture.

Every year Afro-Latino presents an exclusive, prominent, innovative, surprising and sunny line up!

Hip Hop Kemp, the largest hip hop festival in the Central and Eastern Europe, announces its 18th anniversary. Hip Hop Kemp is repeatedly included among the 50 best festivals in the world by CNN. It will take place at Festivalpark near Hradec Kralove, Czech Republic. Every year over 20 thousand fans and rap stars from all over the world visit this feast of rap. Be part of it!

You already know what it is. We’ve been kickin’ it with top Hip-Hop and RnB artists for years now. Big shout out to past Fresh Island acts such as Wiz Khalifa, Migos, A$AP Rocky, Rae Sremmurd, Snoop Dogg, Stormzy, Giggs and many others.

Paris Summer Jam is a brand new hip-hop party for the French capital, taking place for the first time this summer in the western suburbs of the city. Bringing together stars of the scene from both sides of the Atlantic, the one-day festival is a chance to see a lineup of the best in the business.

Symbolically, Paris remains one of the cradles of the birth of hip hop at the European level, but the Parisian periphery has always played a major role in its development.

If historical links crystallized during the activist gatherings on the capital, it is the incessant flow of hip hop actors between “the suburbs” and Paris, which posed an urban creative effervescence specific to the island. of France.

Today, hip hop and urban cultures in the broadest sense are probably one of the major cultural denominators of new generations. In the Paris area, one can only be impressed by the importance of production, amateur artistic and professional initiatives and the interest of a growing public.

Back in 2002, Groove Armada and our own Jools were sitting in a pub, lamenting the London parties scene. They were playing gigs and clubs everywhere, but thought there might be a way to put on a different kind of show in London, with more exciting line-ups.

It started with a box of records and a pack of Post-its – heart-shaped ones were the only type to hand. The record box became the ‘Lovebox’, which became an album, and then the first party was thrown in an old strip club off Tottenham Court Road. Then followed a residency at 93 Feet East, succeeded by a stint in Ladbroke Grove, and Lovebox was selling out two weeks in advance with hundreds turning up at the door.

A year later, this success led to a one day special on Clapham Common for 10,000 people. The year after was 20,000. A combination of solid musical reputation and a complete lack of inner London park festivals proved a potent recipe. Then in 2005, Lovebox moved to Victoria Park, spread itself over two days and the festival you know was born. 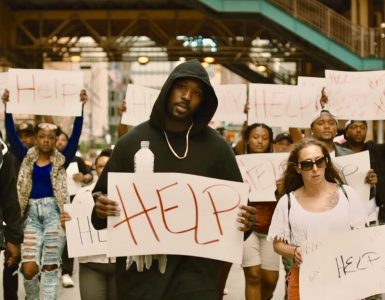 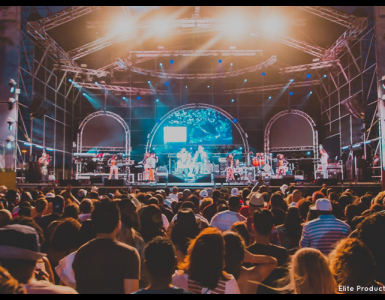 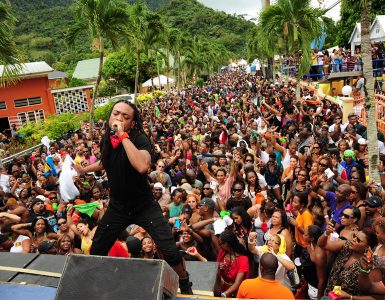